Saturday, September 24 | 2022
top posts
Canonic launches its second generation of medicinal cannabis products with...
Schiedam biscuit bakers arrested for baking thousands of cannabis cakes
Home cultivation of 6 cannabis plants allowed for medicinal use...
Weed sweets offered en masse via social media
Thousands of hectares of cannabis in the mountains destroyed by...
What is Rape?
Germany's cannabis legalization slows down amid fears of…
Prenatal cannabis use has a lot of influence on growing children
Free cannabis test for home growers
San Francisco is one step closer to...
Home CBD Are you trying to quit smoking weed? CBD can help you avoid lighting up a joint, study says
CBDCannabis

Are you trying to quit smoking weed? CBD can help you avoid lighting up a joint, study says 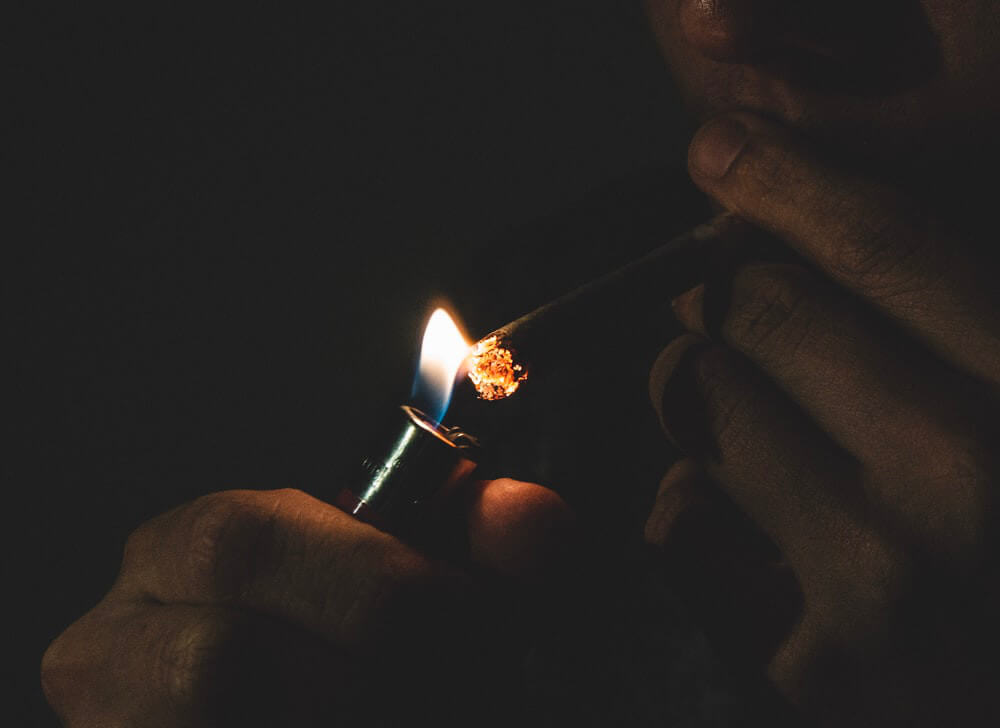 Millions of people experience addictive dependence on marijuana, so much so that their daily lives are disrupted by symptoms such as restlessness, irritability, and uncontrolled appetite.

Content hide
1 So far, few options for problematic cannabis use
2 What is CBD and what is it good for?

CBD is known to treat a number of conditions and illnesses, but how much it takes to help people quit smoking weed was unknown until now, according to the study published recently in the journal The lancet psychiatry has been published.

“Open the results of our research a new therapeutic strategy for controlling problematic cannabis use in clinical settings, ”says lead author Dr. Tom Freeman, director of the addiction and mental health department within the psychology department at the University of Bath in England, said in a press release.

“While it may seem counterintuitive to treat problematic cannabis use with CBD – a component of the cannabis plant – THC and CBD have contrasting effects on our own endogenous cannabinoid system.”

So far, few options for problematic cannabis use

To date, there are no recommended treatments or therapies for people with problematic cannabis use, affecting approximately 22 million people around the world, according to the researchers.

A dependence on the drug occurs when the brain adapts to large amounts, causing it the sensitivity is reduced for the euphoric “high” caused by THC, the main psychoactive ingredient in marijuana. As time goes on, people need more of it to feel the effects of the drugs.

In a month, the team gave 82 people either 200 mg, 400 mg, or 800 mg oral CBD or a placebo to test which dose was most effective. Only volunteers who said they wanted to stop using cannabis, but who had failed at least once prior to the experiment, were included in the study. Participants were also followed for six months after treatment.

The researchers found that 200 mg was ineffective in reducing marijuana dependence, but doses of 400 mg and 800 mg helped participants spend more days without using the drug compared to those on the placebo, the study said.

People treated with CBD also showed lower levels of cannabis in their urine, the researchers said in the release.

It is important to note, however, that the doses of CBD tested were “significantly higher than CBD products purchased online,” which is about 25 mg per day. Despite the high doses, no increase in side effects were reported, the researchers said.

What is CBD and what is it good for?

CBD is a naturally occurring ingredient in cannabis and comes from the hemp plant, related to the marijuana plant.

Unlike THC, it doesn't cause a 'high', but according to WebMD, CBD is used to treat a variety of illnesses such as Parkinson's disease, Crohn's disease, epilepsy, anxiety and muscle pain. Previous studies have shown that CBD works by preventing the breakdown of a chemical in the brain that affects pain, mood and mental function.

“In humans, CBD does not show any effects that indicate abuse or dependence…. Today there is no evidence of recreational use of CBD or any public health concerns associated with the use of pure CBD, ”said the World Health Organization.

Its legality depends on a number of factors, including which country it is used in, its intended use, and how it is labeled and marketed, according to the United States Food and Drug Administration.

CBD helps the mind with decision-making and memory: research shows that part of the brain is improved

cannabis is not addictive. tobacco does. just quit tobacco joints.

If you want to stop then I advise you to try nicotine bags. I'm also off normal smoking after 15 years :)

International developments around CBD and cannabis

Is it a good idea to use cannabis…