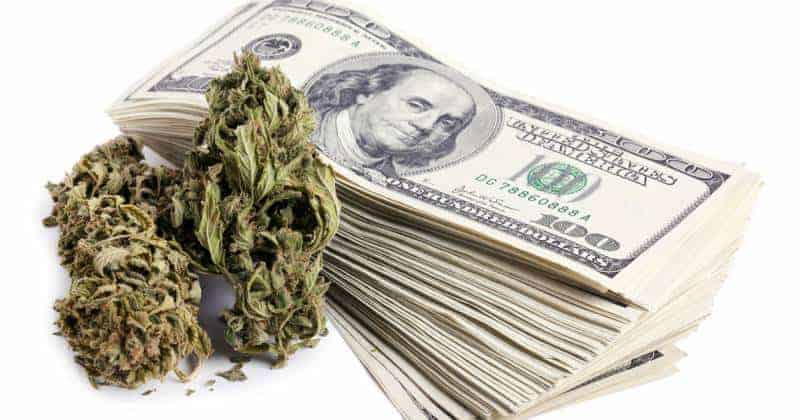 Canada was the first G-7 country in the world to open legalization to marijuana in October. Overnight, a market of $ 5 billion to $ 7 billion a year (and growing) emerged. However, marijuana stocks have been in decline ever since. One of the reasons is raw material shortage. And that shortage can drag on for a long time.

Content hide
1 Why is there a marijuana deficiency?
2 What about marijuana shares?
3 Will you also become one of the Green Millionaires?

That is what Khurram Malik, CEO of Biome Grow from Ontrario, says in a report from Newsweek. Marijuana became official in Canada on 17 October. The green raw material was already sold out in half of Canada on the same day. And according to Malik it can get worse.

The CEO of Biome Grow says that at the earliest in 2020 there can be a balance between supply and demand. But the shortages can also last for 10 years as the consumer returns to the black market if they cannot buy on the white market at regular intervals.

Why is there a marijuana deficiency?

The demand for marijuana in Canada is high. And both the government and the producers have butter on their heads for the shortages.

Companies have waited a long time to increase production. Since financing is difficult to obtain and this is about hundreds of millions of investments, they have waited as long as possible for them to be 100% sure that the legislation will pass.

Since then, production has risen sharply, but not enough.

On the other hand there is Health Canada that the marijuana market should regulate. In May, they had more than 500 applications pending for a license to grow marijuana. On average, it takes a few months to a year to approve or reject such an application.

After granting a license, you must also apply for a sales license. That application, in turn, takes less than a year.

What about marijuana shares?

Many marijuana producers are now seeing their sales increase rapidly. But on the other hand they also have to invest a huge amount to expand their capacity. In the short term, this weighs on profitability. And investors don't like that.

In the coming years, the chaff will be separated from the corn, with the winners going to earn the most for the loyal shareholders.

Will you also become one of the Green Millionaires?

With a growth rate of 31% per year, the marijuana industry is among the fastest growing in the world! In this free ebook, BeursBrink marijuana experts are going to reveal some very interesting opportunities in one of today's fastest growing markets. This is all you need to start investing in marijuana stocks: The Marijuana Millionaire Manual

The most promising growth market at the moment.

Psychiatrist examines the benefits of treatment...

Marijuana is less addictive and harmful than…

Irish Police warn of the effect of…