COVID-19 and weed: handing out cannabis for free at vaccination sites, not the best idea 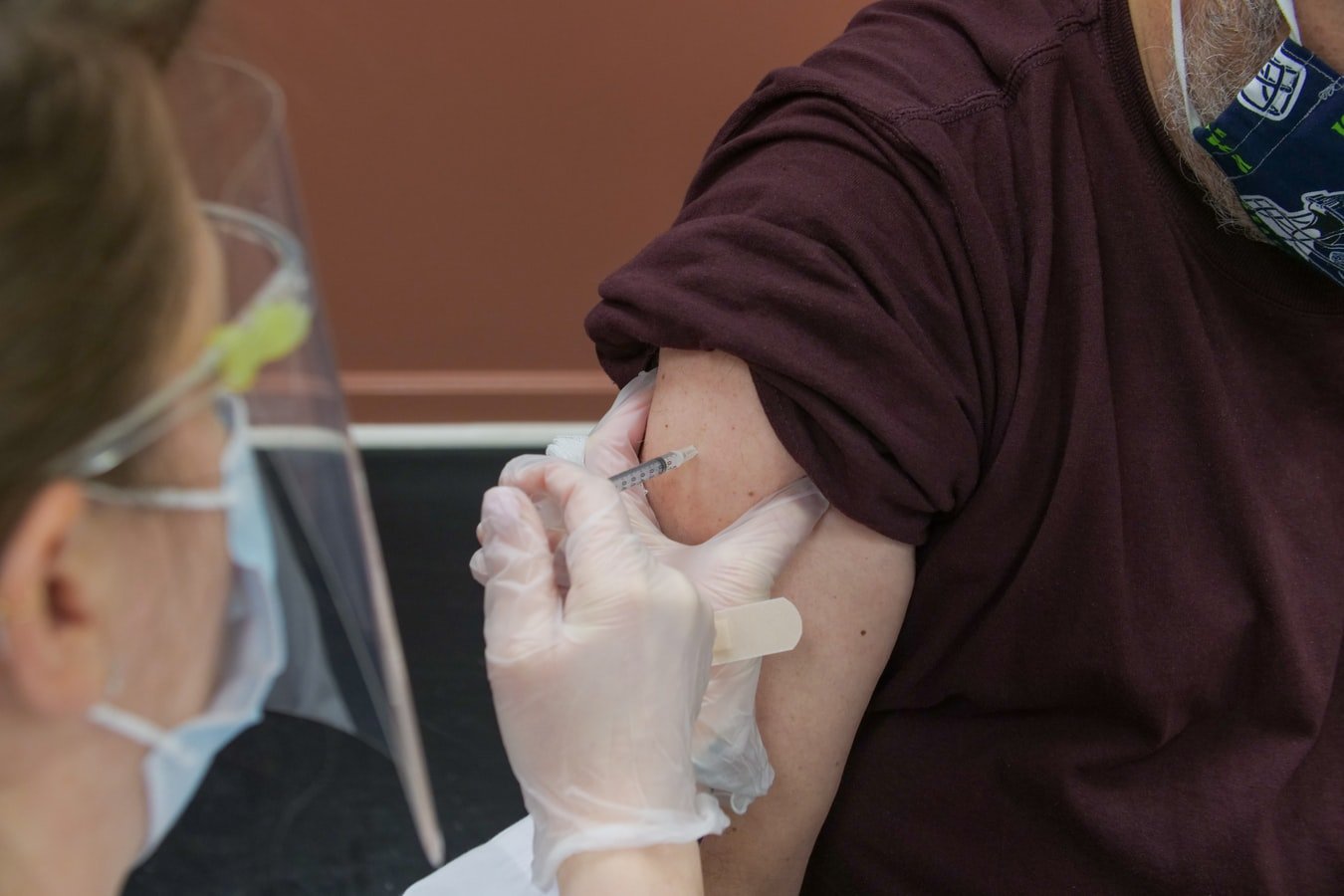 USA - Everyone likes 'free', including with COVID-19 and getting weed just like that. This is especially true during these almost apocalyptic times, such as these, which are full of uncertainty, turmoil and sheer panic. In the United States, they not only tried to get a new president in the White House without seeing a modern civil war break out, but it is still very badly affected by the corona virus.

Content hide
1 COVID-19 and smoking weed: WHO warns
2 Marijuana use can also be positive with COVID-19 and weed

So far, this nasty virus has infected millions of American citizens and killed as many as 400.000 of them. The good news, however, is that there is a vaccine, and some cannabis advocates are even willing to hand out free marijuana to celebrate.

The DC Marijuana Justice organization (DCMJ), the mastermind behind Initiative 71, which legalized marijuana in 2015 in the country's capital Washington DC, announced last week that when the coronavirus vaccine is available this spring, they will be handing out `` free bags of cannabis '' outside of vaccination centers to anyone who uses them. want.

Although DC marijuana laws don't allow adults 21 and older to use cannabis products buy in shops, as in other legal jurisdictions, they are allowed to grow cannabis at home for personal use and also give it away.

Indeed, as long as money does not change hands, handing over a bag of cannabis to a complete stranger, even in public, is well within the bounds of the law. The DCMJ, who has done this type of cannabis swap before, wants to use its latest campaign to “celebrate the end of the pandemic”.

But is it really a good idea to hand out free marijuana to people who just gotten the coronavirus vaccine just minutes before?

His argument is somewhat legitimate.

COVID-19 and smoking weed: WHO warns

The coronavirus, known as COVID-19, is a respiratory disease that spreads through droplets released into the air when a person coughs or sneezes. And while marijuana itself is not known to put users at greater risk of contracting the virus, smoking can put them at risk.

A recent study from the Dana-Farber Cancer Institute in Boston found that marijuana smoke is just as harmful to the lungs as the smoke produced by the burning of tobacco. Researchers found that marijuana smokers had dangerous toxins such as naphthalene, acrylamide and acrylonitrile in their system, while non-smokers did not. The consensus was that, contrary to popular belief, smoking weed was no safer than smoking cigarettes. It always puts users at even greater risk of developing smoking-related illnesses.

It can also make people more sensitive to COVID. The World Health Organization (WHO) confirmed this last year.

Smoking “may increase the risk of severe symptoms due to COVID-19 disease”, said the agency. “Early research indicates that, compared to nonsmokers, having a history of smoking can significantly increase the likelihood of adverse health outcomes for COVID-19 patients, including admission to the intensive care unit, who require mechanical ventilation and have serious health consequences. ”

"Smoking is already known as a risk factor for many other respiratory infections, including colds, flu, pneumonia and tuberculosis," the WHO continued. “The effects of smoking on the respiratory tract make smokers more likely to contract these diseases, which can be more serious. Smoking is also associated with an increased development of acute respiratory distress syndrome, a major complication for severe cases of COVID-19, in people with severe respiratory tract infections. ”

Smoking is so dangerous to respiratory health that some states even list smokers of people who can get the coronavirus vaccine sooner rather than later. New Jersey and Mississippi give priority to smokers because, according to the Centers for Disease Control, smoking is one of the conditions "causing an increased risk of serious illness from the virus that causes COVID-19."

Again, it is not that marijuana puts the user at greater risk of contracting corona, but in particular from smoking in general. Cannabis users who are trying to avoid being tied down for living in their local hospital can always opt for edibles, beverages, or any other cannabis product that does not require them to fill their lungs with smoke or fumes. These items are of course only available in legal states and countries.

Still, there is a positive side.

Marijuana use can also be positive with COVID-19 and weed

Some marijuana use may even benefit COVID-19 patients. Researchers at the University of South Carolina found that THC, the intoxicating cannabinoid in the cannabis plant, can prevent harmful immune responses to the virus. It may do this by making healthy lung bacteria, the study finds.

But not so much when it is smoked.

“I just want to make sure that our research doesn't interpret marijuana as good for COVID 19,” said lead investigator Prakash Nagarkatti. "If you start using THC early, it can worsen the effect because it suppresses the immune system."

Whether marijuana smoke is good or bad doesn't matter to those who use it. A recent study published in the journal Addiction finds that smoking remains the most important consumption method for cannabis users. About 64% prefer smoking over other forms of administration. We could learn in the coming years how damaging this choice was for this group.

But it will be hard to pass up free weed in Washington DC, USA. Perhaps instead of smoking cannabis, you should start handing out brownies or gummy bears.

Cannabis Factory found in the heart of London

Where will marijuana be legal in 2023?

What happens if you use cannabis with…

Why the cannabis vaporizer is the future...