Monday, November 28 | 2022
top posts
Dozens of kilos of hash wash up on Israeli beaches
Study: oral medicinal cannabis safe and effective
Irish Labor Party calls for decriminalization of…
Climate change: hemp can be very important in the…
The Netherlands is not allowed to deport a Russian medicinal cannabis user
Medicinal cannabis producer Bedrocan gives a look behind the scenes
Increasing the dose of cbd does not change anything...
Cannabis plant in the center of World Horti Center
Patients receive cannabis medication for years when participating in...
Research: Smoking cannabis is more harmful to…
Home Drugs Danny Ghosen delves into the drug world with Narcostaat
DrugsCrimeNews 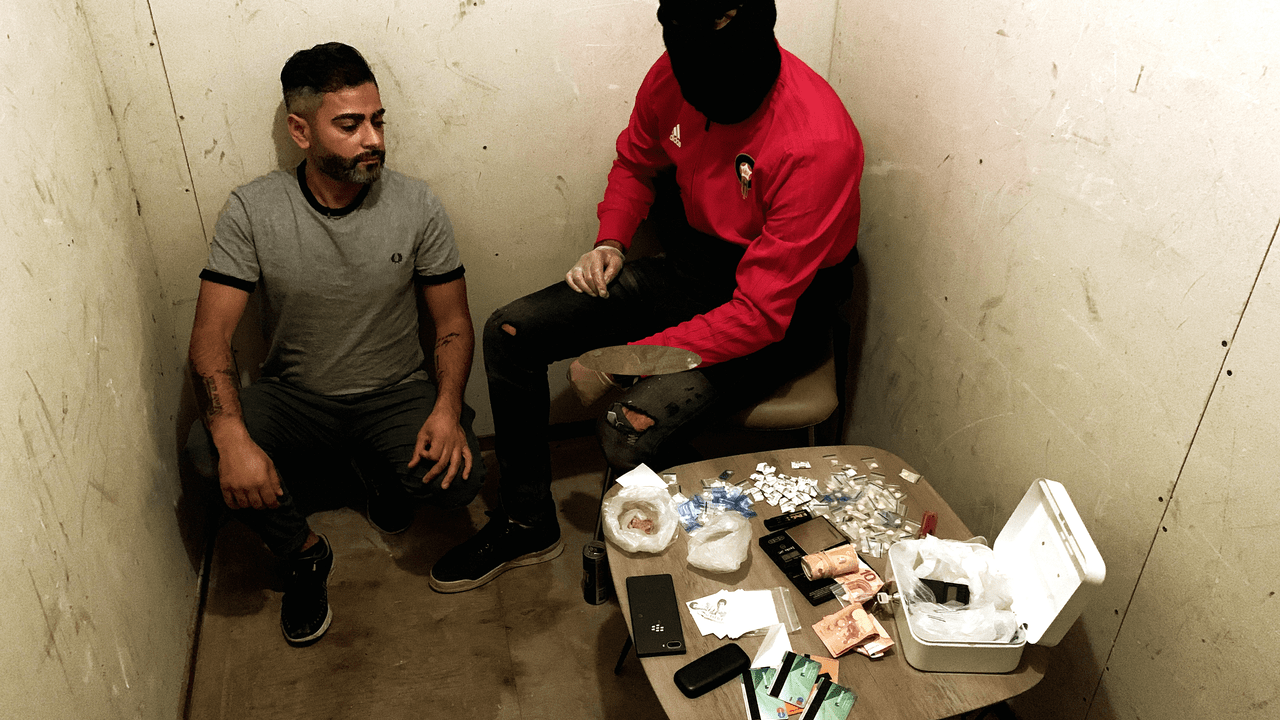 The fact that the Netherlands is a real Narco-State is beyond doubt. We are known worldwide as an ecstasy producer, are one of the most important transit ports for large-scale cocaine trade and are now even participating in the keta and crystal meth business. Every reason for Dutch journalist Danny Ghosen to dive into this tough world with his new program Narcostaat.

Last Monday, the series started on NPO3 in which he, blindfolded in the back of vans and basement boxes, speaks with various dealers. The automatic weapons, cocaine, pills and other drugs are flying around your ears. A twenty-year-old boy talks about the thousands of euros he earns every day from drug trafficking from a Rotterdam cellar. He says that he is always scared and hardly sleeps. Nor would he see any other opportunities in life to support his family. When asked if he would commit murder, he answers. "If it has to. There is something at stake. Always."

In this first episode, the journalist also visits former top criminal Mink Kok in Lebanon, who was active in the days of Hillis, Holleeder and van Hout. Ghosen was even born in war-torn Lebanon. Mink opens a book about organized crime and the difference between past and present. He is of the opinion that the war on drugs makes no sense at all and as the punishment increases, so does violence. In his eyes, drug gangs are becoming increasingly dangerous and uncontrolled.

He even talks about "disorganized" crime. Young guests commit liquidations for relatively little money. This often happens with way too heavy, fully automatic weapons, he says. That is why it regularly goes wrong, the fear increases and innocent victims regularly fall. "Things are happening now that just never happened before."

Watch the episode here back.

Ban on recreational nitrous oxide by 2023

Just buy a pill in the ecstasy store:...