Holy crap: Border control finds more than € 2.5 million worth of weed in the shipment of toilets 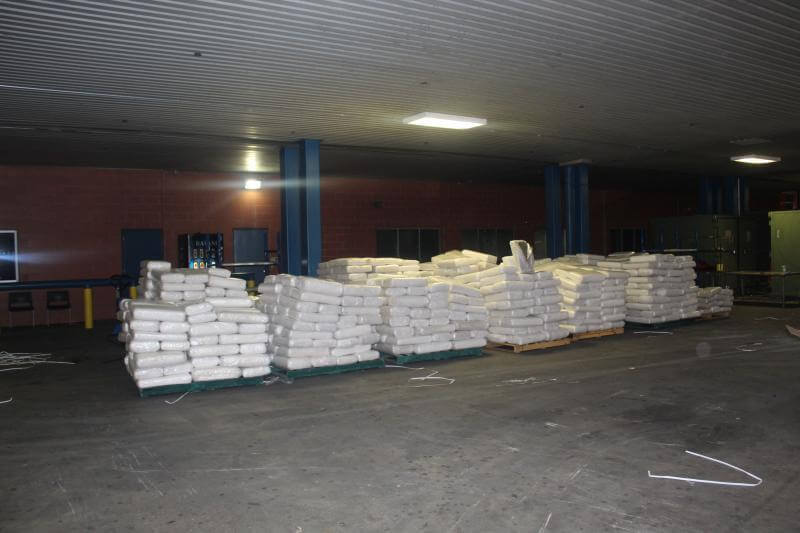 USA - It was by no means the usual find in toilets, but border guards in Texas thought something was wrong earlier this month about a shipment manifesting as china pots, and this ended up yielding a large shipment of weed.

U.S. Customs and Border Protection (CBP) officials working at the World Trade Bridge, which connects the U.S. and Mexico across the Rio Grande River, made the discovery Friday last Friday, notes a CBP statement issued Oct. 7 .

Hidden in the changing tables was more than six and a half tons (just under 6000 kg) of marijuana with an estimated street value of US $ 2,7 million, CBP reports.

CBP officers assigned to the cargo facility decided to refer a 2015 Freightliner tractor from Mexico that manifested itself as transporting a commercial shipment of toilets for an inspection of dogs and special imaging systems.

The decision proved fruitful and resulted in the discovery of 1017 packages containing 13.744 pounds (about 6.235 kg) of alleged marijuana.

The drugs were seized and the remains were handed over to Homeland Security Investigations for further investigation.

Despite the challenges posed by the global pandemic, CBP officials maintain “a robust enforcement position” and vigilance, Andrew Douglas, acting port director for the Laredo Port of Entry, said in the CBP statement.

A toilet was also the covert means for at least two men in the UK last year, who were arrested after a little bit of weed was found in the toilet bowl as a rather unorthodox hiding place and much more discovered at two nearby breeding centers.

Twenty percent of Dutch farmers are approached by drug criminals

What is CBG and what is it used for?

Is the cocaine trade shifting from Rotterdam to Antwerp?

Germany may be just days away from announcing...

Why the cannabis vaporizer is the future...