Sunday, November 27 | 2022
top posts
Study: oral medicinal cannabis safe and effective
Irish Labor Party calls for decriminalization of…
Climate change: hemp can be very important in the…
The Netherlands is not allowed to deport a Russian medicinal cannabis user
Medicinal cannabis producer Bedrocan gives a look behind the scenes
Increasing the dose of cbd does not change anything...
Cannabis plant in the center of World Horti Center
Patients receive cannabis medication for years when participating in...
Research: Smoking cannabis is more harmful to…
Ban on recreational nitrous oxide by 2023
Home CBD Is CBD oil addictive? Or just the opposite?
CBDHealth

Is CBD oil addictive? Or just the opposite? 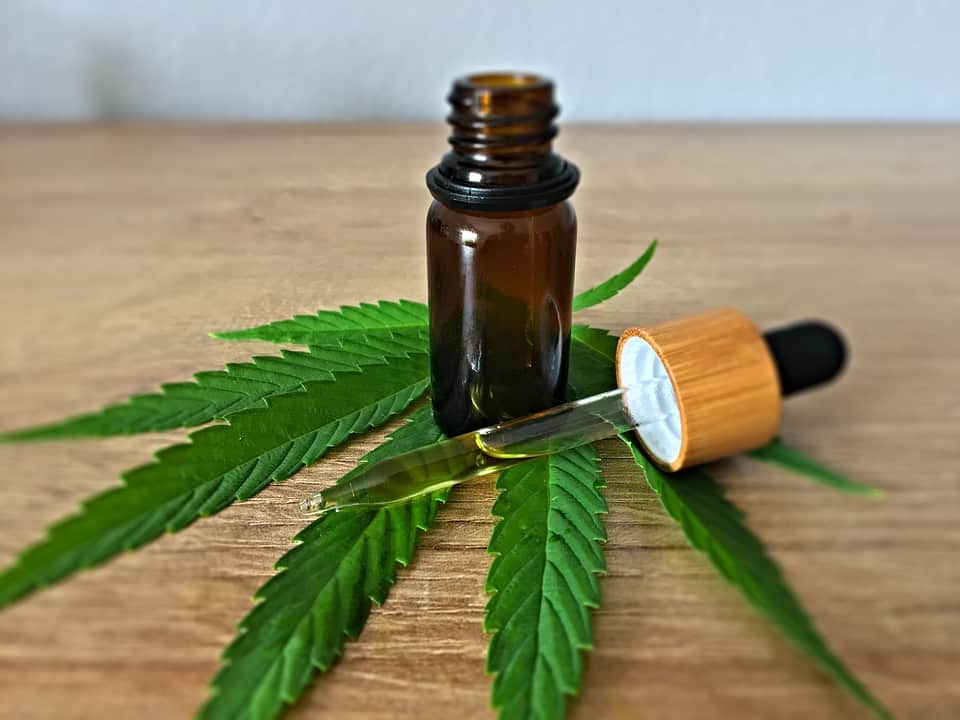 The purported benefits of CBD are spread far and wide, and there is a growing body of research to back it up. Studies have shown that CBD has anti-inflammatory and anti-seizure properties and has even shown the ability to reduce social anxiety.

Content hide
1 Is CBD addictive?
1.1 There are two classifications for the cannabis plants that produce CBD: marijuana and hemp.
2 CBD could help fight addiction
3 CBD oil side effects

After the legalization of industrial hemp production, which took place with the approval of the 2018 Farm Bill in the United States, and the massive influx of CBD products entering the market, more and more people are starting to think about it: what is CBD used for ?

Outside of the United States, other countries around the world have also begun to allow cannabidiol (CBD) to be used legally within their borders. In Canada, following the passage of the Cannabis Act, which legalized cannabis for adults, both hemp-derived and marijuana-derived CBD are available in all provinces. The European Union (EU) has also established legal guidelines for hemp-derived CBD oil, allowing hemp to be grown provided that the THC content does not exceed 0,2%.

A number of South American countries have also lifted restrictions against CBD oil and medical marijuana in general. Both Mexico and Brazil currently allow CBD products to be imported for certain medical conditions, while other countries, such as Chile, have already established a full medical marijuana program.

But some people may still be reluctant to give this non-intoxicating cannabinoid a shot, because they have a false impression that CBD can create the same type of psychoactive effects as THC, the intoxicating counterpart of CBD that does cause a “high” and the most abundant cannabinoid of the cannabis plant.

Like THC, when it interacts with the endocannabinoid system, CBD binds to CB1 receptors, which are mainly found in the central nervous system where they regulate brain function, and CB2 receptors, which reside on immune cells in the body. But when this interaction occurs at the molecular level, CBD does the opposite of what THC does.

Although THC is considered an agonist for CB1 receptors, CBD has proven to be a reverse agonist. In other words, THC activates these receptors, but CBD does not. However, it does interact via various other biological pathways and it has been reported to offer therapeutic benefits such as anti-inflammatory.

To erase the wrong information and to keep curious inquiries well informed, it is crucial that we correct the record or that CBD has addictive properties.

The short, simple answer is no. CBD is not addictive on a molecular level and does not produce the so-called stoned effect that THC does.

A March 2017 study published in the Journal of Drug and Alcohol Dependence investigated this by administering various oral doses of CBD to frequent marijuana users alone and in combination with smoked marijuana, which contained 5,3% to 5,8% THC. After analyzing the abuse profile of CBD compared to an oral placebo and active marijuana, the research team concluded that CBD showed no signs of abuse liability.

Since many CBD products contain different levels of THC, the issue is somewhat complicated when we ask the more focused question, 'is CBD oil addictive?' First we have to investigate a precursor: where does CBD come from?

There are two classifications for the cannabis plants that produce CBD: marijuana and hemp.

CBD from hemp plants contains little to no trace of THC (less than 0,3% according to federal law in the US), and therefore an individual should not be at risk for cannabis withdrawal symptoms that may result from a heavier THC intake.

Marijuana-derived CBD is extracted from marijuana plants usually grown for their intoxicating properties. Unlike hemp-extracted CBD, marijuana-derived CBD oil often contains levels of THC that exceed the 0,3% legal limit set by the US government. In the event that the CBD oil has a particularly high THC content, an individual could potentially experience withdrawal symptoms such as from cannabis if overused. But CBD oil with THC levels greater than 0,3% is only available in states with cannabis legalization for medicinal use or for adults.

A 2011 study concluded that CBD has a better safety profile than THC and other cannabinoids. Researchers found that high doses of CBD of up to 1500 milligrams per day were well tolerated by the human subjects. Compared to THC, CBD did not adversely affect motor or psychological functions, nor did it alter heart rate, blood pressure or body temperature. This improved safety profile may be a result of CBD acting as an inverse agonist at the body's cannabinoid receptors.

Although all signs indicate that CBD is not addictive, it is possible that someone who uses large amounts of CBD daily may experience side effects such as changes in sleep, inflammation and anxiety if they suddenly stop.

There is some evidence that CBD can also be used to help combat the adverse effects of THC, such as cannabis withdrawal symptoms. In a report from 2013, researchers administered CBD to a 19-year-old woman with cannabis withdrawal syndrome (CUD) over a ten-day period, effectively resulting in reduced withdrawal symptoms. Another study, conducted in 2010 and published in Neuropsychopharmacology, examined a total of 94 cannabis users to see what role CBD-THC ratios played in amplifying the effects of drugs and implicit attention to drug stimuli. Compared to smokers of CBD strains with little CBD, the study found that smokers of CBD strains with less CBD paid less attention to drug and food stimuli, as well as a lower self-esteem of cannabis stimuli. The research team concluded that “CBD has potential as a treatment for cannabis addiction” and may provide a potential treatment for other addictive conditions.

Existing research also shows that CBD oil could thwart addiction to other dangerous substances, such as tobacco or opioids. A 2013 study published in Addictive Behaviors looked at the effectiveness of CBD as a way to reduce the consumption of tobacco cigarettes. When observing a total of 24 tobacco smokers, researchers gave half of the subjects a CBD inhaler and the other half a placebo, and instructed them to use the inhaler when they felt the need to smoke. Over a period of a week, those treated with CBD reduced the number of cigarettes smoked by 40%, while those on the placebo showed no noticeable difference.

CBD has also shown beneficial properties in the treatment of other addictive substances. In a pre-clinical animal study published March 22, 2018 in Neuropsychopharmacology, researchers applied CBD gel to lab rats that had a history of voluntary alcohol or cocaine use and displayed addictive behaviors. The study concluded that CBD was effective in reducing drug use and also reduced common side effects of drug addiction, such as anxiety and impulsivity.

This non-intoxicating cannabinoid has also shown promise in human models. A May 2019 study published in the American Journal of Psychiatry found that CBD could be effective in reducing cravings for heroin addiction. To conduct the study, researchers recruited 42 adults who had used heroin for an average of 13 years. The subjects were divided into three groups: one group received 800 milligrams of CBD, another 400 milligrams of CBD and another a placebo. Compared to the placebo, those who received CBD significantly reduced both the cravings and anxiety caused by the drug cues.

We have found that CBD is neither addictive nor intoxicating, and may reduce the withdrawal symptoms of cannabis and dependence on other addictive substances, but are there any side effects of CBD oil to watch out for?

According to Mayo Clinic, the US nonprofit academic medical center, CBD use can potentially cause mild adverse side effects, including dry mouth, diarrhea, decreased appetite, drowsiness, and fatigue. In a study of CBD hepatotoxicity in laboratory mice, researchers at the University of Arkansas for Medical Sciences found that this non-intoxicating cannabinoid increased the risk of liver toxicity. The epilepsy drug Epidiolex, which is currently the only US-approved and FDA-cleared CBD product on the market, has some side effects similar to other hemp-derived CBD products.

A concern is the potential negative effect that CBD has on certain prescription drugs, such as blood thinners.

A 1993 study found that CBD blocked a family of enzymes, cytochrome P450, that are responsible for eliminating 70% to 80% of pharmaceutical drugs from the system. Researchers found that CBD blocked these enzymes from being broken down and metabolized in the liver. While this block could allow patients to take lower doses of prescription drugs, it can also cause a toxic build-up of pharmaceutical chemicals in the body.

Most of the side effects of CBD oil, such as drowsiness and fatigue, are similar to the side effects of hemp oil, although this hemp fiber-derived product usually does not contain CBD or THC. Other than these mild side effects, there are no known CBD withdrawal symptoms - and the benefits seem to outweigh the potential downsides.

Are you considering using CBD yourself? In case you are already taking medication, it is of course always advisable to first consult with your doctor.

Sleep deprivation is a major problem. Is CBD the solution?

Swiss doctors will soon be able to prescribe cannabis to patients

Held Tea Power Up With CBD Flowers For Relaxation

5 positive feelings you can experience...

Does CBD make you hungry or does...