Saturday, September 24 | 2022
top posts
Canonic launches its second generation of medicinal cannabis products with...
Schiedam biscuit bakers arrested for baking thousands of cannabis cakes
Home cultivation of 6 cannabis plants allowed for medicinal use...
Weed sweets offered en masse via social media
Thousands of hectares of cannabis in the mountains destroyed by...
What is Rape?
Germany's cannabis legalization slows down amid fears of…
Prenatal cannabis use has a lot of influence on growing children
Free cannabis test for home growers
San Francisco is one step closer to...
Home Cannabis Maltese medicinal cannabis users desperate: Malta is now officially out of weed.
CannabisHealthWorldwide cannabis news 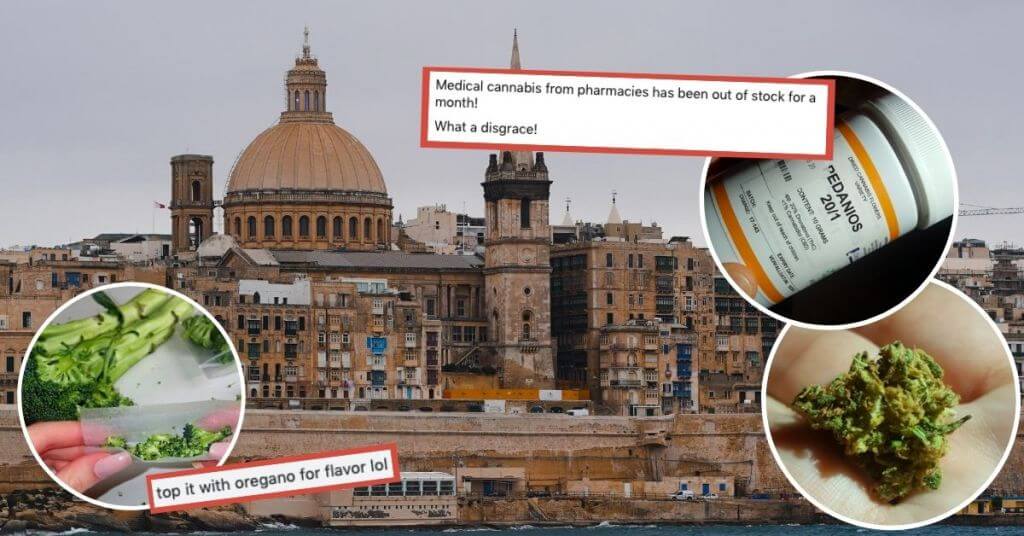 Adult cannabis enthusiasts as well as medical users - of whom there are an estimated 40.000 - in the central Mediterranean archipelago of Malta, have great difficulty finding cannabis in the middle of the driest season they have ever experienced.

“That was it so far for Malta as the medical center of Europe,” said President Andrew Bonello of the Releaf Malta community group to Lovin Malta.

Maltese medical consumers in particular, he said, are becoming “desperate” in their efforts to get their medicine. "People are furious," Bonello explained. "So many people have contacted us, we can't keep up."

Meanwhile, some medical cannabis users tried to score their medications the old-fashioned way, while the doctor's prescriptions were more likely to be dusting. Unfortunately, most are unlucky. While pharmacies have reportedly been out of stock for weeks, so have the friendly weed dealers in the area.

This is not the first time that Malta has had such a deficit; the republic also ran out of medical weed in 2018 - although the illegal market was still thriving at the time.

The drought has prompted Maltese politicians, such as MEP Alex Agius Saliba - a longtime advocate for medical cannabis users, to call for an improved legislative system to secure and distribute the drug to ensure Malta's medical users do not run out of their medications .

While medical cannabis has been legal in Malta since 2018, Bonello says the problems with medical marijuana are not limited to supply. He points to the lack of diversity in available products, the limited number of legal sources and the high costs of legal cannabis.

“A lot of people just want to be able to grow their own cannabis because they just can't afford the exorbitant prices,” says Bonello. “How can a cancer patient afford $ 960 a month if they can't even work?

This new compound in CBD products can help with sleep, anxiety and focus

4 ways CBD can improve your yoga and meditation

The latest to invest in cannabis:...