Sunday, September 25 | 2022
top posts
The popularity of microdosing psychedelics: what does…
Canonic launches its second generation of medicinal cannabis products with...
Schiedam biscuit bakers arrested for baking thousands of cannabis cakes
Home cultivation of 6 cannabis plants allowed for medicinal use...
Weed sweets offered en masse via social media
Thousands of hectares of cannabis in the mountains destroyed by...
What is Rape?
Germany's cannabis legalization slows down amid fears of…
Prenatal cannabis use has a lot of influence on growing children
Free cannabis test for home growers
Home Legislation & Legalization The approach to subversion is just another term for the war on drugs
Legislation & LegalizationDrugs 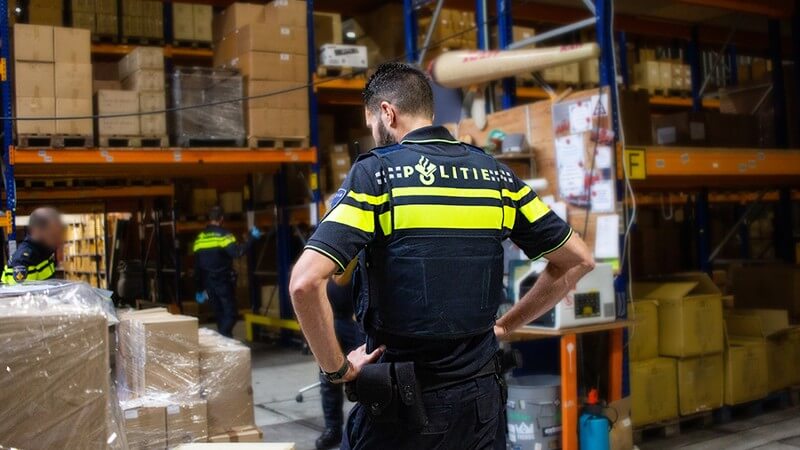 Pursuant to Article 13b of the Opium Act, a mayor is authorized to impose an order under administrative coercion if in a house or room or on an associated property:

In short, a mayor can act on the basis of this article against illegal drug sales points or illegal cannabis cultivation. However, since January 1, 2019, the article also applies to situations involving criminal preparatory acts for the trade in or production of drugs.

The application of administrative coercion is only permissible when there is 1) a prohibited situation or a violation of a statutory regulation and 2) the importance of actual action is carefully motivated and 3) the measure to be imposed is in reasonable proportion to the violation and a lighter measure does not help. In addition, the requirements of proportionality and subsidiarity must be met.

In order to meet these requirements, it is desirable to set out the approach to illegal sales points for narcotics and illegal cannabis cultivation in policy. If a municipality has not formulated a policy, enforcement is still possible, but the motivation for a decision will become a lot more difficult, according to the CCV.

The fact that the mayor is authorized to impose an order under administrative coercion does not mean that the mayor can automatically close a building or house. The application of administrative coercion is a so-called “recovery sanction” and is intended to end the violation (read: drug trafficking) and to prevent repetition. Closing a building or home is an ultimum remedium (last resort). The mayor can also take less far-reaching measures, such as a warning or an order subject to a penalty.

In the excellent piece “The administrative fight against drug crime: the War on Drugs disguised as an approach to undermining” Michelle Bruijn (University of Groningen) elaborates on this problem. In a razor-sharp analysis, she finds that drugs no longer even have to be present, as long as it can be demonstrated that the sale or production of drugs is prepared with substances or objects that are present in the building.

The fact that the government “indicates in the explanatory memorandum that this expansion is desirable in order to remove the flow of buyers and suppliers to a building and to counteract nuisance and deterioration of the environment” causes her to frown. “The criticism of the qualification of house closures as a repair sanction will only increase in the event of closure due to the preparation of cultivation or trade. The fact that the government, in the explanatory notes to the expansion proposal, expresses its confidence about the deterrent function of the 'power to shut down' - an outstanding feature of a punitive sanction - will not contribute to this. ” The authority of the mayor is expanding. Several researchers express their criticism about this, in particular because it appears as if criminal failure is compensated by the use of administrative measures. Article 13b of the Opium Act was not created for this, says Michelle Bruijn. I agree wholeheartedly.

In the context of tackling subversion, mayors are indeed increasingly closing homes. So has the mayor of Rotterdam in 2019 more than 90 homes closed and in the province of Friesland More than 50 buildings have already been closed this year.

Buildings can be closed not only if an illegal cannabis plantation or drugs are found, but also if there are criminal preparations for the trade in or production of drugs.

Last week was a wholesaler in tobacco products in Loosdrecht closed on suspicion of facilitating drug production and trafficking.

“In this case we are dealing with a company that sells things that enable large-scale drug trafficking. Then you have to think of cutting agents, bags, stamps, pipes and other things that drug manufacturers and dealers need. This company therefore contributes to maintaining the drug culture, which causes many problems. And that is punishable. "

According to the Policy of the municipality of Wijdemeren, the power of closure of the mayor relates to acts that are punishable by virtue of Articles 10a and 11a of the Opium Act. These provisions require that the person who has an object or substance in his possession in a house or local or associated yard, knows or has serious reason to suspect that the object or substance is intended for the preparation, processing or manufacturing of hard drugs or for large-scale or commercial illegal cultivation of cannabis. The mayor will therefore have to demonstrate that the person concerned knows or has a serious reason to suspect that the objects or substances are intended for, among other things, the cultivation, production or sale of drugs.

Given the mayor's statements on this case, I wonder if things are not being turned around in this case. The mere fact that a company sells objects or substances that make large-scale drug trafficking possible does not mean that criminal acts are committed. These acts are only punishable if it can be demonstrated that the person concerned knew or had serious reason to suspect that these objects or substances were intended for that purpose. That is not so easy.

Which objects or substances are actually involved? According to the Policy Line of the Municipality of Rotterdam, the following indicators must be taken into account:

Will mayors also prosecute bol.com, amazon.nl or luxury cooking stores if they sell greaseproof paper, zip lock bags or gram scales? I suspect not. But as one wholesaler of tobacco products or a smart shop sells the same products, the building will be closed for a period of 6 months and the administration will be confiscated.

“With this intervention we have hit a network for facilitating drug trafficking and production and sent a signal to comparable companies,” said the mayor. The nature of the company therefore largely determines whether the Public Prosecution Service and the mayor intend to act or not. That's contrary to just about all general principles of good administration.

Where have we seen this before? Exactly, with the grow shop act. Legal products that are readily available at hardware stores or garden centers become illegal because of the context in which they are sold. The only problem is that it becomes OM again and again called back by the judge. But then the damage has already been done, the substances or goods have already been (unjustly) destroyed and the shop is closed. Apparently, everything is permissible in tackling subversion (read: the war on drugs), even undermining the rule of law that the government so fanatically aims to protect.

What type of CBD oil should I buy?

Mega drug seizures in the port of Rotterdam: 3000 kilos of cannabis

Marijuana and psychedelic use on the rise among young adults,…

Thailand is the first Asian country to…

Weed at work: tips and rights...