Part 1: The Paradox of CBD - a world of contradictions 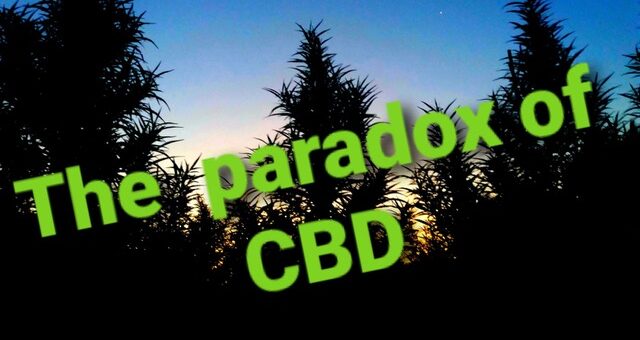 CBD is in the spotlight and in the spotlight. Not always positive. In many cases, Peter Vermeulen – expert and experiential expert on medicinal cannabis at Cannabis Spain – can follow the criticism of doctors and medics. Unfortunately, there are very few CBD specialists who really have any knowledge and know how possess to give well-founded advice. He takes us into the CBD market full of differences in quality and effectiveness between CBD oil from crystals and full spectrum extracts.

After the commotion on the broadcast of “inspection service of value, From Feb. 18. last year, I felt compelled to respond in a personal capacity and share some knowledge and information with you. I myself have over 38 years of experience with the cultivation and breeding of cannabis plants, 15 of which with the extraction (HTFSE) and I am now also an expert by experience. I have effectively fought many ailments and discomforts within myself, including a Basal cell carcinoma (skin cancer). In recent years the CBD market has exploded and I was shocked and amazed to see many “Cowboys” on the market with absolutely no knowledge and skills. Unfortunately, the magic word became CBD and they only talked about CBD and this is completely unjustified.

CBD as a single substance is not the product that created the CBD hype. The CBD hype more or less originated with the Stanley Brothers in Colorado. The Stanley Brothers had a cannabis plant, of which they did not get stoned after smoking, this plant they had the name “Hippy Disappointment" datum. This cannabis plant contained almost no THC, which gives the psychoactive effect, but this Strain contained a very high percentage of CBD and a very low percentage of THC. The Full-Spectrum extracts of this plant were later used in the treatment of a five-year-old girl, Charlotte Figi, with Darvet syndrome.

Charlotte had dozens of seizures a day and the doctors didn't know how to anymore
act and were desperate. At that time, the parents started using CBD cannabis extracts as a last resort and that turned out to be a bull's eye. She went from an average of 300 epileptic seizures per week to an average of one seizure a week. The American news channel CNN has one at the time gripping documentary and then followed Charlotte Figi for many years and made several documentaries of her developments. Unfortunately is Charlotte Figi died at the age of 13 as a result of Covid-19. here a tribute:

From that moment on, the CBD was and remains in the spotlight. In the beginning everyone was really busy with the pure extracts of the plant, full of terpenen , cannabinoids, flavonoids etc. Of course there were big differences in quality between the different producers, but everything revolved around the complete extraction of the cannabis plant.

But more than six years ago, the first CBD crystals of unprecedented purity, up to 99,9% pure CBD crystals with 0,000% THC, hit the market. The market was very pleased, after all, they could now market a product with a high CBD percentage, without having to worry about the maximum THC percentage, which is internationally at max. 0,2% THC delta 9.

In the beginning, the CBD crystals were quite pricey. This price was between € 20.000,00 and € 30.000,00 per kilo. Currently, prices have plummeted and CBD crystals, at 99.8%, are GMP (Good Manufacturing Practice), nowadays already offered for less than € 500,00 per kilo. This development would be great if the CBD crystals had the same effect as the cannabis extracts made from the whole cannabis plant. But unfortunately this is absolutely not the case, CBD crystals and CBD extracts are completely different products, with a completely different effect of the CBD.

The worldwide ban on cannabis in the XNUMXs allowed even researchers and scientists to live in America do not conduct studies in the field of the cannabis plant. That ban even went so far as to prohibit the studies done in Europe from being published in America. Ironically, the United States Department of Health and Human Service, in 1999 patent applied for and received for cannabinoids such as “antioxidants and neuroprotectants” from the cannabis plant for the treatment of neurodegenerative diseases such as Alzheimer's disease, Parkinson's disease and HIV.

Fortunately, times are changing enormously and the cannabis plant is in the spotlight for its medicinal properties. Several states in America have released the cannabis plant for recreational and medicinal use. Due to this positive development, large-scale studies are currently being conducted on the
field of medicinal cannabis. Studies are even being conducted as a bet against Covid-19.