Saturday, September 24 | 2022
top posts
Canonic launches its second generation of medicinal cannabis products with...
Schiedam biscuit bakers arrested for baking thousands of cannabis cakes
Home cultivation of 6 cannabis plants allowed for medicinal use...
Weed sweets offered en masse via social media
Thousands of hectares of cannabis in the mountains destroyed by...
What is Rape?
Germany's cannabis legalization slows down amid fears of…
Prenatal cannabis use has a lot of influence on growing children
Free cannabis test for home growers
San Francisco is one step closer to...
Home Cannabis Viva la Revolución! Take an example to Mexico.
CannabisWorldwide cannabis newsLegislation & Legalization 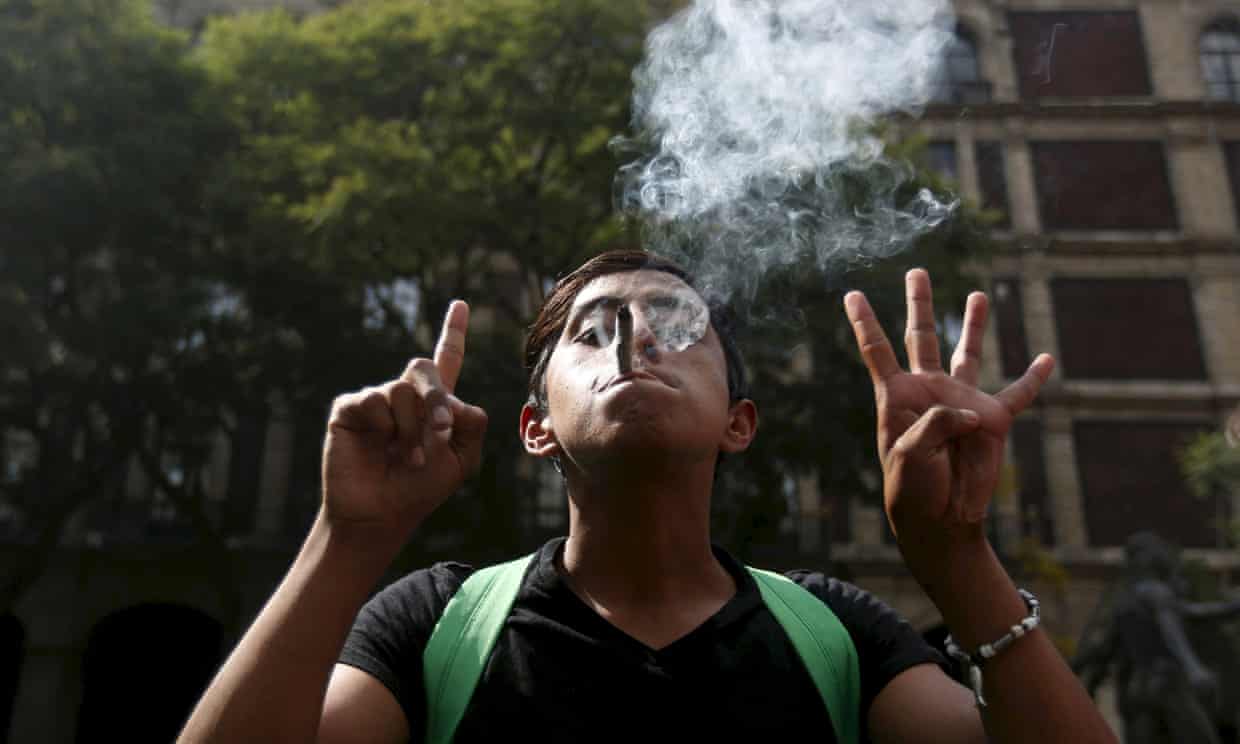 After Uruguay and Canada, Mexico now also wants to legalize the cultivation and recreational use of cannabis. The new government has submitted a bill to this end. Like this law is adopted through the Mexican parliament, cannabis is legal in Mexico. Companies are then allowed to grow and sell cannabis. Private individuals may then also grow cannabis for private use. They do have to register, they cannot have more than 20 plants and they can produce a maximum of 480 grams per year.

Mexico is Latin America's second largest economy and one of the main gateways to the United States due to its geographic location. During the American Prohibition in the twenties of the last century, alcohol was mainly smuggled. After that, the focus shifted to drugs. Mexico is now one of the largest producers of cannabis, heroin and synthetic drugs (methamphetamine) and the country functions as a stopover for the cocaine trade.

In the last 12 year, Mexico has been plagued by a drug war, resulting in tens of thousands of deaths, ruthless drug cartels and massive corruption. Through the cultivation and recreational use of legalize cannabis the new Mexican government hopes to end the excessive violence.

According to the new interior minister, Olga Sanchez, the current cannabis ban is based on the false premise that the problem of drugs must be tackled from a criminal justice point of view. "The cannabis prohibition actually contributes to crime and violence," the bill said. "In 12 years of war against the drug cartels, 235.000 people have been killed."

Uruguay
The Mexican bill has many similarities with legislation adopted in Uruguay a few years ago. While I was still working at the Ministry of Health, Welfare and Sport, I was approached in 2011 by the Uruguayan embassy asking if I wanted to talk to a parliamentary representative in charge of preparing legislation to grow and use cannabis to legalize. We then extensively discussed the advantages and disadvantages of legalizing drugs and whether legalizing cannabis could contribute to improving health and reducing drug-related crime.

Ultimately, Uruguay has in 2013 the first country in the world to pass a law which legalized the cultivation and recreational use of cannabis. Since then crime in Uruguay has fallen considerably, so the legalization of cannabis has had the intended effect.

In terms of cultivation and distribution, however, things are a lot less smooth in Uruguay. Just like in Mexico, private individuals are allowed to grow cannabis themselves for private use. A maximum of 6 plants per household, with a maximum harvest of 480 grams per year. In addition, there are “social cannabis clubs” where members can grow up to 99 plants together.

Uruguay has very cautiously released the commercial sale of cannabis. Cannabis may only be sold in the pharmacy, but until now cannabis has only been offered in 14 pharmacies. This is (strikingly enough) mainly due to the influence of American banks.

Because the Uruguayan economy depends on the dollar, most pharmacies have a bank account with an American bank. According to US law, these banks are not allowed to offer accounts related to the manufacture, import, sale or distribution of drugs. Some banks have warned pharmacists that their accounts will be closed as soon as they start selling cannabis.

Pharmacists must therefore resort to transactions where only cash is used. This is comparable to the situation in American states such as Colorado and Washington. Uruguay also has only two suppliers, who are authorized to supply pharmacies.

Yet. Despite all the start-up problems and barriers, the biggest booster of the war on drugs, the United States, will soon be surrounded by countries where it is legal to grow and use cannabis. It can be wrong.

Everything about the design of the experiment can be criticized, as appears from the more than 50 responses to the internet consultation on the Experiment closed coffee shop chain, including the reaction of KH Legal Advice.

In this response, KH Legal Advice indicated that it would be much better during the experiment to gradually add cannabis from state-designated growers to the range of coffee shops in the participating municipalities. In this way you offer consumers the choice and you offer coffee shops the space. A gradual transition would be a lot more logical and also offer a solution to the problems identified.

KH Legal Advice has also indicated that the government must talk to the Dutch banks in advance to ensure that participation in the experiment is not considered illegal and undesirable. If the C word is now used, even if it is a legal application, entrepreneurs will not even receive an IBAN number. Entrepreneurs also do not receive any form of financing. Agreements about financing other projects may even come under pressure. A situation like the one that has arisen in Uruguay and in the states Colorado and Washington, where entrepreneurs have to resort to transactions that use only cash, is undesirable and should be avoided as much as possible.

Debate
In the third week of 2019 (14 to January 18) takes place in the Lower House a debate place on the bill experiment closed coffee shop chain.

I really hope that the ministers and MPs concerned will take the recommendations and advice from the internet consultation to heart and that the experiment will still be adjusted so that it has a chance of success.

Our country may be internationally known as a guide country for efficient and effective drug policy, but the Netherlands is still unable to pass legislation that legalizes the cultivation and recreational use of cannabis. Instead, we are fobbed off with an experiment that no one wants and our Justice and Security Minister, Ferdinand Grapperhaus, insists against better judgment that the problem of drugs must be tackled from a criminal justice point of view. It can also be done differently. Take Mexico as an example. Viva la Revolución!

The rate of the Albanian currency is driven by drug money

The government of the Fiji Islands says that…

Medical cannabis in Morocco not yet the...