Weed grower Rinus wants to get out of illegality: 'I am being opposed by the government' 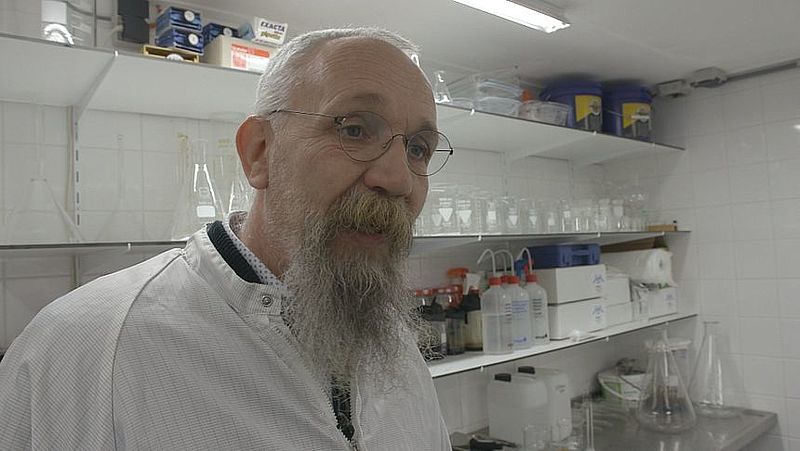 Now he produces and sells his cannabis oil under the counter, but grower Rinus Beintema wants nothing more than to become legal: "I want to grow cannabis for scientific purposes, but I am opposed by the government."

The Frisian Rinus Beintema has decades of experience with cannabis cultivation and trade, and thus with the criminal circuit. But in recent years he has switched to medicinal cannabis oil. What started with a bottle of cannabis oil for a friend's sick father has grown into a company with 15.000 customers. “Young and old come from all over the Netherlands for my cannabis oil. Even general practitioners refer to me, ”says Rinus. The cannabis oil is used for rheumatism, cancer, sleeping problems, and pain complaints.

Rinus does not grow the weed himself, but receives the remains of plants from weed growers free of charge, and he uses it to make his wheel oil. The production of cannabis oil is illegal and therefore the oil is made at secret locations. From January 2019 he wants to open his laboratory to private individuals and coffee shops who want to test and analyze his weed.

Rinus probably will not be able to do that, despite the sympathy for his activities. The support comes from its 15.000 customers, and in its own words up to the mayor of Leeuwarden. He had long expected a police raid, or an injunction from the Public Prosecution Service (OM) to stop. That did not happen, and his organization is growing rapidly. But now there is a criminal case against him for violating the Opium Act, and presumably also for violating the Medicines Act. It marks the dilemma: Rinus gets sympathy and is prosecuted.

“There are far too many rules,” says Beintema. “The Medicinal Cannabis Office, which is responsible for the production of weed in the Netherlands, is too tight with those rules. It would be nice if there was room for our organization. With our foundation we work slightly differently, but we want nothing more than to join the legal cultivation of cannabis. I put all my papers on the table for that. ” Beintema is therefore fine with prosecution. He wants to enforce a court ruling on his wheel oil and its production, in the hope that he can legalize his wheel oil.

Rinus Beintema is looking with interest at the developments with the legal cannabis trial. The government wants to designate ten municipalities where weed will be grown legally. “I was not called to participate in this experiment, but we could,” says Rinus.

The aim of the trial of legal cannabis cultivation is to remove the coffee shop from crime. That trade is becoming more and more violent, and billions are going on. To put an end to this, the weed test was devised: weed is grown and transported under the tolerant eye of the government. The Association of Netherlands Municipalities (VNG) is disappointed with the design of the trial. There are too strict rules according to the VNG, which makes it difficult for municipalities to carry out the test properly.

"I've been working with the government for years to legalize my business because I want to make cannabis for scientific and medicinal purposes." Beintema wants nothing more than to establish what cannabis oil is good for: “You need clinical research for that. This is only possible with the right researchers in a legal environment. ”

Beintema is happy that there is a criminal case against him. He wants to enforce a court ruling on his weed oil and its production, in the hope that his weed oil will be legal. When he has to appear in court he does not know; justice is not in a hurry.

Rinus has now expanded his range considerably. In addition to cannabis oil, he also sells chocolate, syrup and mints with cannabis ingredients. "The police still tolerate me." Does he actually expect to be licensed to grow marijuana legally? "No, then the rules will have to be broadened first."

Luxembourg is the first country in Europe to fully legalize weed

The cannabis industry awaits the approval of…

The Netherlands prohibits recreational use of laughing gas