Tuesday, November 29 | 2022
top posts
Podcast with Sirius Smartshops owner Guy Boels
Dozens of kilos of hash wash up on Israeli beaches
Study: oral medicinal cannabis safe and effective
Irish Labor Party calls for decriminalization of…
Climate change: hemp can be very important in the…
The Netherlands is not allowed to deport a Russian medicinal cannabis user
Medicinal cannabis producer Bedrocan gives a look behind the scenes
Increasing the dose of cbd does not change anything...
Cannabis plant in the center of World Horti Center
Patients receive cannabis medication for years when participating in...
Home Cannabis What is hexahydrocannabinol (HHC) and is it legal?
Cannabis

What is hexahydrocannabinol (HHC) and is it legal? 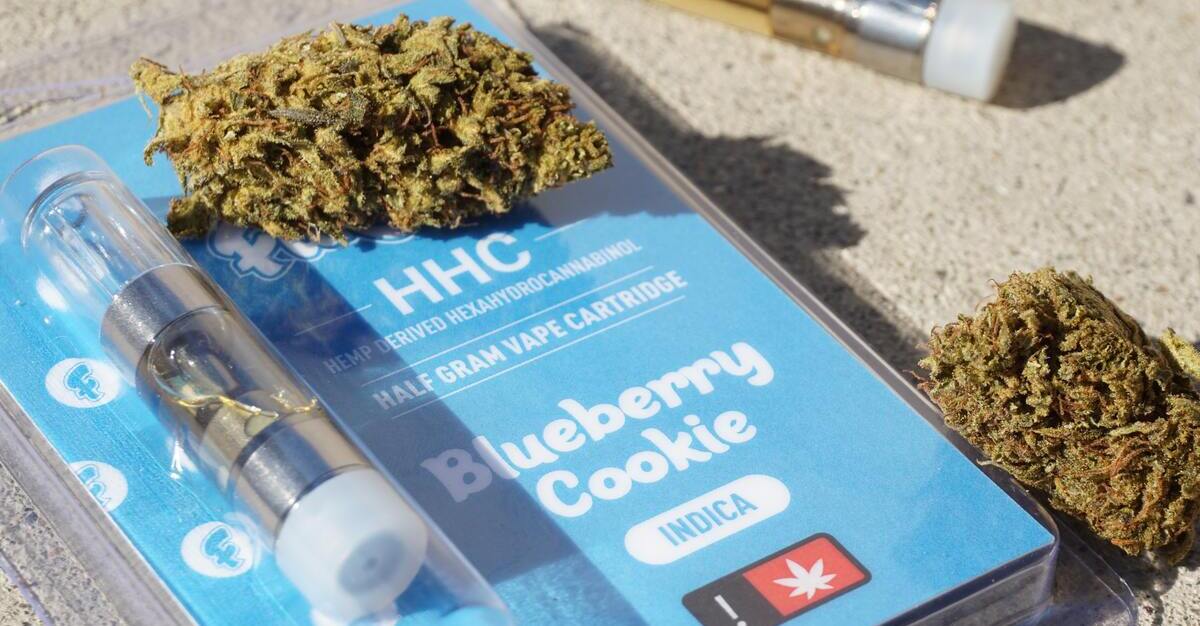 The latest cannabinoid and “another worthy addition” to emerge in the market is hexahydrocannabinol (HHC). This compound, which rose to prominence after regulations banned the sale and use of delta-8 in the United States, has been called an intriguing analog of THC. Whether or not you agree with this description cannot be decided right now, as there are several misconceptions about HHC cannabinoids.

The cannabis community is currently working overtime and discovering different types of cannabinoids. Fortunately for the community and related groups, perceptions about cannabis around the world are changing and are supported by appropriate legislation. This has accelerated research to learn more about cannabis and its cannabinoids. Almost every week, scientific blogs and conventional media have something new to say about cannabis.

In this article we are talking about hexahydrocannabinol, where we try to clarify more about the newly discovered HHC. But beware, there is a lot of conflicting information about the origin, effects, safety and legality of the compound.

What is Hexahydrocannabinol (HHC)?

Many headlines around the world define the compound as a naturally produced cannabinoid found in trace amounts in pollen. HHC, on the other hand, is a synthetic cannabinoid compound prepared in a lab with select cannabis extracts. These compounds are in competition with the less common cannabinoids that until recently were pushed aside by the big names among us – THC and CBD.

Due to the increasing confusion about its legality, the synthetic cannabinoid is found in all parts of, for example, the USA sold. In recent months, HHC has undergone a fair share of human trials and processing. The unavailability of HHC in cannabis plants has, in a sense, reduced its availability to people across the country.

Hexahydrocannabinol was first developed in 1944 by a scientist named Roger Adams. He created the compound through the hydrogenation process by mixing hydrogen molecules with delta-9-THC. This connection has remained in the shadows ever since until it started gaining attention recently. Cannabis retailers sell the product to consumers to use as a substitute for THC.

To compare a compound to THC, it is expected to be nearly as potent as THC. The exact potency of this compound is difficult to determine. The research found still showed clear differences and was not worth drawing far-reaching conclusions about.

Studies on the compound show it to be at least 69% as potent as delta-9-THC. This story puts it alongside delta-8 and delta-9 in the hierarchy of potent THC variants. Other studies claim that HHC is not as potent as delta-8. Other sources say that HHC must be consumed in high doses to produce a semblance of high, similar to regular THC compounds.

With different sources providing different information, it's best to wait until proper research is done. HHC molecules affect cannabinoid receptors, but have a unique way of doing it. Perhaps the absence of standardized HHC is why there are differences in each product (different HHC products are prepared with different 9R to 9S ratios). Products developed with high amounts of 9R can be perceived as more potent because the 9R HHC binds incredibly well to cannabinoid receptors.

Like any other property of HHC, there are several misconceptions about the techniques used to produce this cannabinoid. The silence of manufacturers about their production techniques has contributed little. What is clear is that all HHC producers use the hydrogenation technique.

The hydrogenation process involves adding cannabis extract and other valuable compounds to hydrogen gas in a pressurized container. The double carbons in the cannabinoids are then converted into hydrogenated cannabis oil, also known as HCO. HCO is a dark gold oil with carbon double bonds broken naturally by hydrogen. Some manufacturers claim that the hydrogenation process can be accelerated by using catalysts such as nickel, palladium, iridium and platinum.

At the end of the process, the substance formed is rich in tetrahydrocannabinolic acid (HHCA) or HHC, depending on the type of cannabis extract used at the start of the process, decarboxylated or not. In this way, the fabric can be further refined or packaged.

Are HHC and THC similar?

HHC and THC have similar chemical structures. The main differences are the presence of an additional carbon bond, hydrogenated carbon and an ester molecule in HHC. Some argue that these slight differences in the structure of an HHC compound make it more stable than THC. HHC sellers in the US state that the added properties ensure that HHC products are not broken down by light and heat. They also contribute to extending the shelf life of the product.

Sources state that HHC produces the same effects as THC due to its ability to bind to cannabinoid receptors, CB1 and CB2. Proper research has yet to be conducted to determine whether these speculations are right or wrong. Prior to the period in which intensive research will be carried out, you cannot yet accept the possible effects that you see on the internet.

HHC is considered a legal replacement for THC. The manufacturers support this claim by stating that the product is derived from delta-8-THC (the main cannabinoid in hemp flowers). They also say that HHC is legal because it naturally produces hemp seeds and cannabis pollen, that HHC production is simply a natural aid-driven extraction. The truth is that federal laws have yet to determine whether the HHC cannabinoid is analogous to THC. If so, it will likely be introduced in America as a Schedule I substance immediately.

In order to fully establish the presence of hexahydrocannabinol in the cannabis industry, extensive testing must be performed to categorically determine the compound's potency, physical characteristics, effects and after-effects, and medical benefits. If this is not controlled, demand may decline once the novelty of the cannabinoid wears off.

Consumers cannot rely on anecdotal sources alone. They need reports from clinical trials and studies to make sure they don't get harmed.

Drug customers get way out through police SMS bomb

Marijuana use may affect future cognitive ability to think and plan